A resumption of trade is expected in 2018: 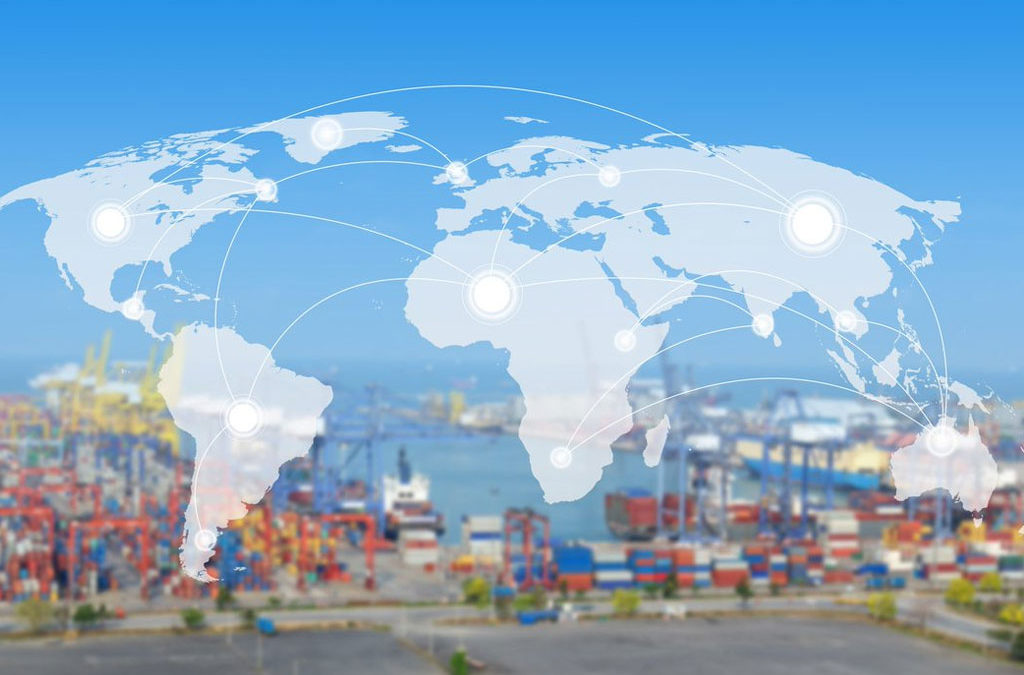 The OMC expects the world trade to continue to rise at the end of 2017; but the great uncertainty about the short-term political-economic evolution results in a certain risk in the forecast, placing the growth in a range of 1.8% to 3.6%. While for 2018, the OMC conducts a diagnosis of trade growth in the range between 2.1% and 4%.

The unpredictable direction of the world economy in the short term and the lack of clarity about the decisions that governments will take on monetary, budgetary and trade policies, increases the risk of commercial activity being curbed. Increased inflation that brings higher interest rates, tighter fiscal policies, and the imposition of trade-restrictive measures could impede increased trade growth over the next two years.

The limited growth of international trade in recent years has largely reflected the continuing weakness of the global economy. Trade can strengthen global growth if the flow of goods and the provision of cross-border services are absent from restrictions. However, if the authorities try to cope with job losses in their country by imposing severe restrictions on imports, trade cannot help stimulate growth and can even curb recovery.

Although trade causes economic upheaval in some communities, its negative effects should not be exaggerated, nor should its benefits be masked in terms of growth, development, and job creation. Trade must be considered as part of the solution to economic hardship, not as part of the problem. In fact, innovation, automation and new technologies are at the origin of 80% of job losses in the manufacturing sector. However, no one doubts the fact that technological advances benefit most people in most cases.

The answer is therefore to seek policies to benefit from trade while applying solutions to the problem of unemployment; encompassing education, training and social programs to help workers prepare to be ready to compete for future jobs.

The most promising OMC forecast for the year 2018 is based on some hypotheses and there is a significant risk that the expansion will be inferior to these estimates. To achieve the cited growth rates, much of the global GDP growth is expected to reach projected levels of 2.7% this year and 2.8% next year. This growth would yield a significant improvement over the 2.3% GDP growth rate recorded in 2016. This resumption of world trade is based on this expected growth in real-world GDP, considering the hypothesis that developed economies maintain expansive monetary and budgetary policies globally and that economies in development continues to recover after its recent slowdowns.

Thus, although global economic growth has been unbalanced since the financial crisis, for the first time in several years, all regions of the world must simultaneously record a change in trend in 2018. This could strengthen growth and give an additional boost to trade.

But an unforeseen increase in inflation could force central banks to tighten monetary policies faster than they would like, which would undermine economic growth and short-term trade.

The advanced indicators of real trade growth are increasing in the last few months of 2017, suggesting that trade is strengthening. Container traffic in the main ports is restored after the 2015-2016 falls, reaching a record level, with an annual growth of 5.2%. In February 2017, the key index of global export orders, also reached its highest level in several years.

With a flourishing market and the cited perspectives of world trade, Comerciando Global will guide you towards the goal of internationalizing in the right country, on how to establish your presence there, how to adapt your offer and marketing it toward an successful initiative, as well as on what marketing organization should put into practice so that the coordination could be as simple and fluent as possible.